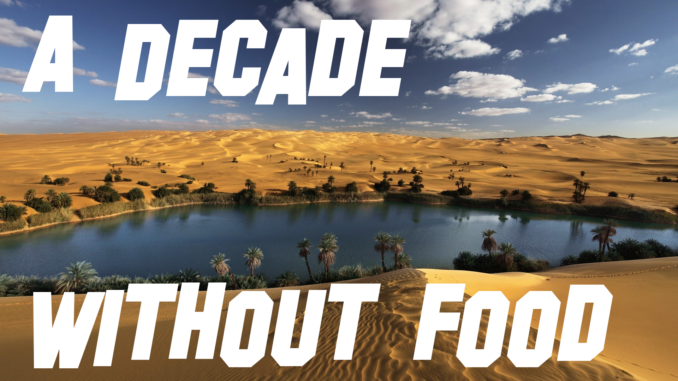 A Decade Without Food

In the book, “A Wind In the House of Islam“, David Garrison makes a stunning claim that is worth us taking into serious account. Near the end of the first chapter, he says this:

… In Islam’s first 12 centuries we [have] found no voluntary, and only a handful of coerced, conversions [from Islam] to the Christian religion.

Now, take a second to process that…

In over 1200 years, we have no recorded evidence of a Muslim turning from Islam to follow Jesus. There’s more stories of Muslims becoming followers of Christ on this blog than there are in the entirety of chronicled history in the twelve-thousand years from the start of Islam to the start of the 20th century.

It’s especially significant when you take current events into account. It’s hard to gauge exact numbers, but we know that since 1970 the number of Muslims leaving Islam to follow Jesus is into several million.

Something significant is happening in our generation that hasn’t been seen in over 1300 years of Muslim-Christian interaction:

Muslims are turning to Jesus in droves.

Now, there’s something else that’s been happening at the same time that you need to know about.

When we look at the last 100 years of Christian history, we see two things starting to happen in nearly unparalleled proportions, and in noteworthy correlation. The first I already mentioned: Muslims coming to Jesus. On any given day this year we will see more Muslims turn to Jesus than we did in the first 1200 years of Islam being a religion.

BUT, the second is equally as notable, and maybe even more important: The Church is starting to fast and pray like we haven’t seen in centuries.

In the last few decades, there have been several notable movements towards prayer and fasting at a scale we’ve not seen in a long time (maybe ever). In the area of fasting, there’s several examples of God calling groups of people to extended fasting in the 20th century, some of which Lou Engle mentions in his book The Jesus Fast. What’s interesting is, right around the time these prayer/fasting movements start (some around the 1920’s, and then many more in the 1980’s and beyond) is when we started seeing Muslims starting to turn to Jesus.

There’s a huge, significant correlation between how active the Church is in prayer and fasting, and how many Muslims are coming to Christ globally.

For a further look at that, lets talk about just this past 20 years. Something worthy of note is that several large prayer movements, namely International House of Prayer and 24/7 Prayer, were started in 1999 and have collectively been cultivating prayer communities around the world since then. In so doing, they’ve mobilized hundreds of thousands of Christians into regular times of prayer, and have started several prayer meetings that have gone on 24 hours a day, 7 days a week, for nearly 20 years now. Because of what these guys have started, there are countless, unceasing prayer meetings going on around the world right now, and those meetings are regularly praying for the Muslim world to encounter Jesus.

And unsurprisingly, as the Church prays and fasts, Jesus shows up and answers. In almost perfect correlation to the growth in the numbers of followers of Jesus constantly praying, we’ve seen exponential growth in the number of Muslims encountering Jesus. We’re talking about no Muslims turning to Jesus from 700 A.D. to 1850, then a few thousand from ~1850 to 2000, and now millions since 2000.

As the Church prays and fasts, Muslims get saved.

Which leads me to the point of this post.

We want to partner with what God is doing in our generation.

A Decade Without Food

Which is why this January, we’re starting a fasting initiative that we want you to be a part of.

We’re starting what we hope will be an Unbroken Decade of Fasting and Prayer for the Muslim world.

Like a relay race, each person has their part to play, and when they’ve done their part the next person in line is ready to take the baton and run. 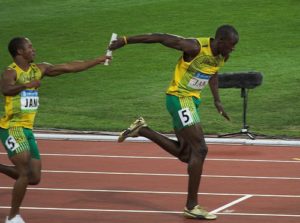 One of the words that was given in connection with this initiative, and something that we’re believing for, is for 10% of the Muslim world, or about 180 Million people, to come to Jesus during this decade.

Would you join us in that prayer?

You’ll hear more about this in the future, but if you’re interested now, we’d love for you to be a part of this.

To join us in our 10 Year Fast, click the link below.

Looking forward to having you on the adventure with us!

The article A Decade Without Food first appeared on NormalSonship.com